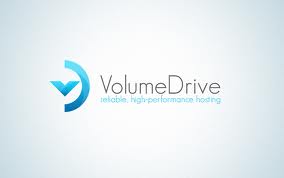 Volumedrive ran away with the servers and users data. Their main website is offline and received a disturbing mail from burst.net regarding the same.

Hello,Unfortunately, due to a recent situation with VolumeDrive, your server is likely currently offline. BurstNET may be able to assist you in the matter, if by chance we still have your server in our possession, or can set you us a rush delivery replacement server.VolumeDrive was scheduled to relocate to our brand new facility here in PA, moved about 20% of their stuff in, put the rest of their stuff in another truck, and never showed up with the remainder at our facility. We tracked them to an office building about 20 miles away, and we assume the rest of the stuff is relocated there, and we saw all their cars and staff outside the building to confirm it. After 24 hours, they do not even have their own website online, so we question whether they will get anything online at all, and how they are going to explain the 300+ servers they left down in our facility with live clients on them.We do have a percentage of the servers they hosted, that they simply left behind, and are more than happy to accommodate you if possible. Even if we do not have the physical server we would be happy to rush build you a new machine and have it online as soon as possible, running in a company that has been in the industry for 23 years, and is not going anywhere soon. The first step in getting your server back online would be opening a ticket to sales@burst.net in which we will provide you with the steps for transferring service to us. We empathize with the inconvenience this has caused you, and want to do whatever we are able to get you, and your end clients/users/visitors, back online as soon as possible.Please contact sales@burst.net ASAP, and we will do our best to assist you in your time of need here…Thank you for your time.

One of my seedbox was down from past few days and i was wondering what could be the reason. Volumedrive is known for providing cheaps servers. Once upon a time BHW forum was hosted there. Its really unfortunate for everyone if they do not comeback. Hard work of so many people is just ruined because of their act. This is one of the treason you should aleays choose reliable web host.

This post if meant for the people who are looking for a hosting their website or wants to register their domain or other relevant product. For getting it from godaddy.com at discounted price you can use the following coupon to get 35% discount

Coupon code: WOWgoddy
Please let me know if this worked for you or not You may use Open DNS nameservrs or google nameservers

You can use this website to check the propogation of nameservers update across the globe. Hope find this article useful. Feel free to leave your feedback in comments. 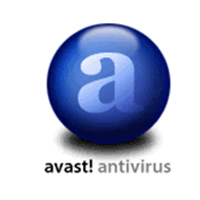 If you are running a windows OS on your computer then you must require an antivirus for protection from various threats. There are many antivirus softwares available in the market which you can use. Of course most of them are paid ones but you can get it free for one year as Avast Antivirus License for 1 year absolutely free is offered on their website.

All you need to do is goto this link and fill out the details. You will have your license key delivered to your email within 30 secs. Around one and half years back they started this offer and it is still valid.

Avast is a good antivirus which provides great protections from various threats and does not slows down your system. So just give it a try and grab your license now by clicking here.

U.S. Cafe4tune.com (California) set up by a group of businessmen from Russia and Armenia announces the launch of Cafe4tune international social network. The founders and developers of the idea think that the network can start a healthy competition with such “monsters” as VK or Facebook. The budget of the project makes over USD 20mln.

Cafe4tune.com is the first “live” social network where a user may not only send and receive text messages from his friends and colleagues through the chat but also manage its own 3D projection in the virtual 3D world- natural environment with its streets, hotels, cafes and passers-by. Users may communicate with such avatars live or in the video format: use of any communication means is provided in almost all the sections of the network.

Another innovative feature that Cafe4fune.com is marked with is its business element. The network provides tools for creating virtual shops, galleries and exhibition halls with an option to organize online sales. Virtual spaces will bring the clients together as regular visitors of shops, galleries and other objects and can be as well used in their own business projects. In other words, Cafe4fune.com enables companies to promote their brands effectively and for minimum expenses.

Cafe4fune.com will allow conducting your own online live broadcasts of any kind of events through video cameras of mobile devices as well. Music lovers will be able to conduct and watch live broadcasts from clubs and concert halls, sport lovers may sit in the stadium and share “live” match of the favorite football team with friends. You can find the broadcast you need in a convenient way, by themes or genres, and those who missed the event will be able to watch its recording. Permanent online live broadcasts may this way become an independent business project for users of Cafe4fune.com.

The project features a great number of entertainment resources. Cafe4fune.com games are provided not only with game components but also options of video and audio-communication between the users.

The developers took into account important psychological and ethic aspects of the interaction of the network users as well creating special “tricks” such as for instance “polite refusal” of phone and video- calls.

The new social network has been developed for the past 3 years. As of now, since November 2011- the beta version of Cafe4fune.com has been launched. Developers plan to launch the alpha version where the site will look as originally it has been developed, from February 2012. Cafe4fune.com version is already launched for Android and iPhone and is available in 30 languages.

You can become a user and test the beta version of the new social network at www.cafe4tune.com.

Today the main problem we all face in the world of the internet is that sometimes the response time of a website is high and sometime it do not respond at all may be due to the fact that it is getting chocked with the number of requests and not able to handle new requests.  As we know, Internet is network of networks and they communicate to each other based upon the business deal they have, not upon the performance. So the end user’s request might take longer path to reach out origin server or the server’s response might take longer path to reach end user. The other problem is that its really difficult to predict the incoming traffic always. There might be a sudden increase in traffic because of some campaigns or change in search engine result’s traffic and its practically not possible to scale up the server’s infrastructure for this short span of time and server may get crashed because of this sudden spike of traffic. So this article will explain you how to handle web traffic and how to handle spike of web traffic using  free cdn. After reading this article you will also know how to reduce load on server. 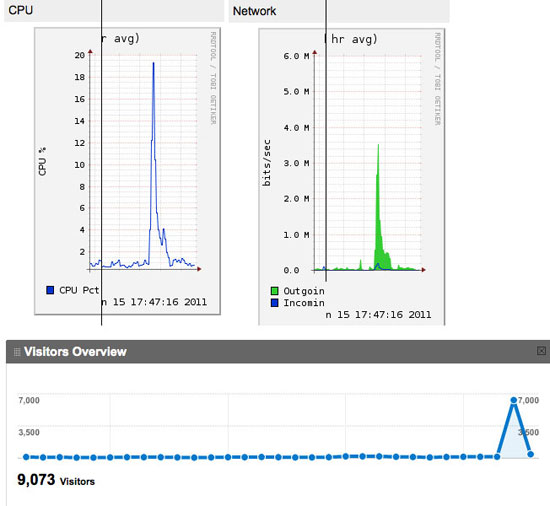 One of the best solution for such problems is that to use CDN [content deliver network]. Lets discuss what a CDN is.

As per the wikipedia article the definition is

So it means if you have some static content on your websites, like images, text files or some media files then you can “cache” them on CDN’s servers which are located near to the end user and deliver to them in faster and efficient manner. This way you can also minimize the hits to your server. All of the major sites today use some kind of CDN services. eg facebook uses the world’s largest CDN Akamai.

Which CDN to go for?

Well, if you are making good amount of money and you want the best performance then you can always go for big players like Akamai which will improve your website’s performance drastically [for dynamic contents as well]. But if your budget is small or you want the free service then you can use Cloudflare. They offer free plan to cache your static content and drastically reduce the load on your webserver. As i know Cloudflare is the only free CDN in the market. They will help you to reduce load on server and also they will help you to increase the website performance.

Once you sign up for their service all you need to do is to change your nameservers to the one provided by them so that when the request comes, it gets mapped to their network first and if the requested object is found in their cache then it will be delivered from their itself. The request will only hit your server when requested object is not available in their server’s cache. In this way you can reduce the traffic hits to your server. And if the server’s load is reduced and there is a sudden increase in traffic, what we call spike, then also all hits will not come to your server directly. Instead they will go to their server. And hence there are greater chances of handling such traffic with existing infrastructure.

I hope this atricle will help the people, specially the one who wants to reduce the load on their server at low price or for free using free CDN. If you have any doubts then feel free to comment. Thank you.

What is a VPN?

Well many might not aware of this fact. I am not telling about the people who are working somewhere and already using VPN. According to wikipedia definition:

A virtual private network (VPN) is a computer network that uses a public telecommunication infrastructure such as the Internet to provide remote offices or individual users with secure access to their organization’s network. It aims to avoid an expensive system of owned or leased lines that can be used by only one organization. 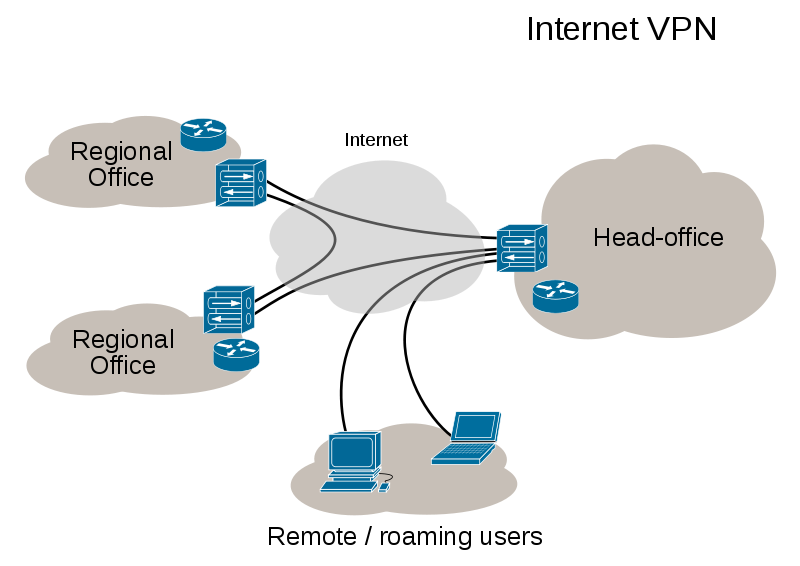 The above figure explains the entire structure.

VPNywhere is offering 3 months free premium service. Those who dont know what a VPN is can check out the wikipedia article here.This is absolutely must grab opportunity for people who wants to unblock the websites in their network. 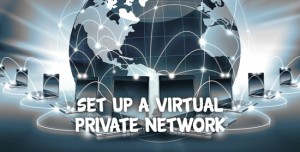 Get the free premium vpn by becoming the member of the site at http://member.vpnywhere.com/signup.php and use coupon code 2294AA3. [Thanks to Sarang for sharing it in the OUG]. Thanks for reading my post.

Get one free Domain Name and Hosting at 1$ for one year from netfirms. This is real and i personally checked and found it to be working absolutely fine. The tutorial was shared in facebook OUG group and since it might be useful for many people out here so i thought this to share with you. The tutorial is very simple and the offer is valid till 30th Nov only so you should get is before the offer expires. 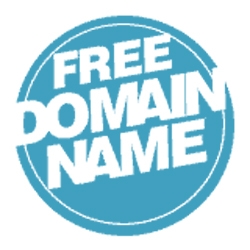 Step 1:Use CCleaner .. Clear all cookies and cache after quitting the browsers.. (*Important)

Step4: After registering for hosting, Ask the chat support (http://bit.ly/soK3QB) to add the domain credit. Then go to Domain Central in the hosting area and register the domain.