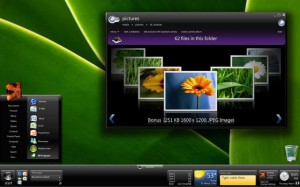 Microsoft announced that Windows 7 would be “generally available” on October 22, according to a Dow Jones news report. UPDATED with confirmation by Microsoft.

Bill Veghte, SVP of the Windows business, is quoted as saying: “We feel confident that we will deliver Windows 7 with our partners on Oct. 22.” Does this mean it appears in retail PCs before it appears in boxes, or will it all hit together on the same day? Regardless, it’s a pretty nice early date, definitely good for the Christmas PC-buying season, assuming there is a Christmas this year.

We have confirmed the date with Microsoft, and have received this helpful definition: “General Availability (GA) is when consumers can actually purchase the software and PCs with the software preinstalled.” Also, “release to manufacturing” (RTM), when the finished software is given to computer makers to pre-load on new machines, takes place in “late July,” presumably over a matter of weeks.

No Information about its pricing