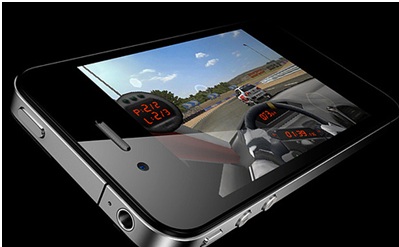 For most of us, the internet has become a cornerstone of our lives and culture. Much of what we do and say is mediated by a vast network of connections. Until recently, access to this essential tool was essentially unmovable. Today, the processing power of phones has enabled us to take much of what we do on the internet with us anywhere we go. The type of connection you choose for your wireless device may seem like an afterthought, but it is in fact one of the most important decisions when considering wireless technology and wireless technology plans. After all, what good is a Lamborghini if all you have to drive on are dirt roads?

When we compare mobile broadband deals and carriers, it must be understood that the two main options are 3rd Generation and 4th Generation, otherwise known as 3G and 4G. Each generation has its own standards and methods of handling data transmission. The time between the development of each generation has not been very long, but the differences in speed are incredible.

In terms of wireless broadband networks, think of 3G as a narrow dirt road, while 4G is something like a 10 lane super highway. The difference in speed is huge – a 3G connection maxes out at about 2 Mbps while a 4G connection can go even higher than 20 Mbps. This means 4G is potentially more than ten times faster than 3G.

Out with the Old

4G no longer depends on the archaic method of circuit switching which is based on old telephone systems. 4G communication is exclusively packet based, which means it is not bottle necked by the long out-dated phone system. On a 3G connection, the system’s available resources are dedicated equally to each connection, even if the open connection is not sending or receiving any information.

With 4G’s method of packet switching, resources are only used when there is an actual need for data transfer. There is no need to keep system resources on standby if they are not being used. Because of this change, 4G networks can handle more connections at the same time.

As mobile technology becomes more widespread, so too does the need for wireless broadband. More and more people are entering the wireless broadband market every day, and as they do, networks are increasingly burdened. 3G networks are very limited in their ability not only to handle multiple connections, but to provide adequate speed for each one. 4G, on the other hand, has utilized a number of new methods to not only handle more connections, but to also provide much higher speeds for each connection. In a world that is becoming increasingly reliant on the internet with each passing day, it is clear that when we compare mobile broadband deals across all providers, 4G technology is the main selling point.

Blake Sanders is a tech writer at broadband comparison site Broadband Expert where he specializes in mobile phones, industry news and information, as well as how to compare mobile broadband deals.